It's Time To Stop Forcing Black Girls Into Early Adulthood 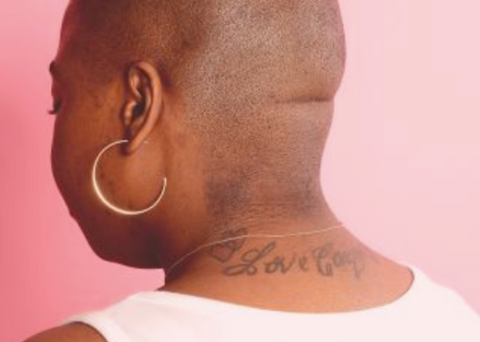 When I was a child in Orlando, FL, every afternoon after school, a group of friends and I would go to a nearby apartment complex and cross a rickety bridge into a dark, algae-covered swamp that I was told was filled with alligators. I knew it was dangerous, but I’d cautiously take each step, as my heart pounded with excitement and my body pumped adrenaline, until I reached the other side with my friends.

“Don’t go back there,” an older woman would yell from her apartment next to the bridge. “Those gators eat kids!”

Did we ever heed her warnings? Of course not. Instead, we’d continue on until we’d get too scared, and then return to do the same thing a couple days later. Getting closer to the swamp felt unknown and exciting. We were just kids — how could we fully comprehend the danger?

Taking my first steps into womanhood was no different, except I was all alone. There were no parents or neighbors to warn me of the predators in my path. By the time I was 10 years old, I was already 5’5” with B-cup breasts. In the eyes of the world, I was no longer a child. It was time for me to navigate life as a woman, but I had no idea how to do that. The bridge had broken beneath me, and I was surrounded by gators.

For Black girls like me the transition out of childhood into a complex and ill-defined “womanhood” happens swiftly and without warning. According to a Georgetown Law studyreleased earlier this year, Black girls are stripped of their innocence as early as the age of 5. The study, called “Girlhood Interrupted,” found that survey participants perceived that Black girls need less nurturing, protection, support, and comfort, and that Black girls are more independent and know more about adult topics, including sex. This phenomenon was dubbed “adultification” by the study authors, and they wrote that it refers to “the extent to which race and gender, taken together, influence our perception of Black girls as less innocent and more adult-like than their white peers.”

And sadly, America’s fraught history with race plays a role in this: The “adultification” of Black children has its roots in slavery, when Black girls and boys were treated like chattel and subjected to cruel treatment, just like their adult counterparts. And in the case of Black girls, it’s further exacerbated by the often early onset of puberty. As the study reported, “on average, African American girls mature physically at a faster rate than [w]hite girls and as a result can be perceived as older.”

Read the full article in Refinery29.