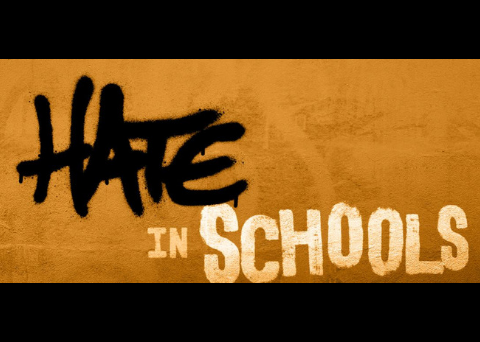 Swastikas on bathroom stalls. Chants of ‘Build the wall.’ Notes that say ‘Go back to Mexico.’ Education Week found hundreds of reports of hate and bias in schools.

Three swastikas were scrawled on the note found in the girls’ restroom, along with a homophobic comment and a declaration: “I Love Trump.”

Found inside the backpack of a Latina student, a note that said: Go back to Mexico.

Council Rock school district Superintendent Robert Fraser condemned the incidents, but told parents he believed they were isolated events. The acts, he wrote in a letter on Nov. 10, were “inappropriate” and would not be tolerated. But, he emphasized, they were “likely the responsibility of a very small number of individuals whose actions should not damage the reputation of the larger group.”

Soon after, the district formed a council on diversity, mostly composed of parents, and took several other steps, including training for school staff to better identify and respond to hate incidents. Despite those efforts, Council Rock High, said some parents and students, continues to have a culture where racist views are sometimes boldly expressed, but oftentimes ferment under the surface.

The hate-fueled incidents at Council Rock in the wake of the divisive 2016 presidential election, and the school’s rocky path to addressing them, are not unusual.

Good News: The Ms. Foundation Is Making a Major Investment in Women of Colo...
Scroll to top