Separated by Trump, All a Little Girl Remembers About America: ‘They Took My Dad and Locked Him Up’

Separated by Trump, All a Little Girl Remembers About America: ‘They Took My Dad and Locked Him Up’ 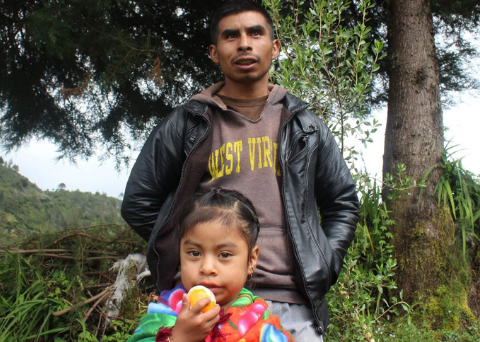 With an impish smile, 5-year old Filomena draws up her right hand and fashions herself into a cattle driver. She designates her three-year old cousin the unenviable role of bull. “The bull that’s going to the United States,” Filomena proclaims in Spanish, directing her cousin-turned-bull through the family’s one-room, floorless wooden hut.

It’s unclear whether she thinks the U.S. is a promised land or something more sinister.

To Filomena’s family, it’s both: The country where one person can earn twice as much in one hour on minimum wage as the entire family makes in a day selling potatoes. The country where four Border Patrol officers forcibly separated Filomena from her father and then sent her to live for nearly three months in a shelter in New York City before deporting her. The country Filomena’s father would like to return to even after being wrenched from his daughter, because despite everything that happened, and even though he would like to remain with his family intact in Guatemala, he sees no hope.

Read more at The Daily Beast.