You are here: Home / Resources / News / Meet the Young Activists of Co... 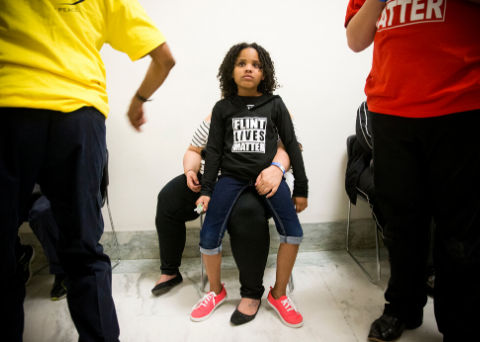 Indisputably, Greta Thunberg is an exemplary leader — inspiring thousands of students worldwide to walk out of class every Friday to protest climate disaster and bringing attention to the Global Climate Strikes last month, in which 4 million people participated. The 16-year-old Swedish founder of the Fridays for Future movement is passionate about spurring those in power to take drastic steps to save humanity’s future, even addressing Congress and the UN to demand accountability.

However, Thunberg never asked to be the messianic-like face for the climate movement. In fact, she told Congress, “I shouldn’t be up here. I should be back in school on the other side of the ocean.” And by the media and public making her the center of youth-led climate activism, the work of many Indigenous, Black, and Brown youth activists is often erased or obscured.

The U.S. Has Been Silencing Black Girls’ Voices for Decades