In Indian Country, a crisis of missing women. And a new one when they’re found.

You are here: Home / Resources / In Indian Country, a crisis of...

In Indian Country, a crisis of missing women. And a new one when they’re found. 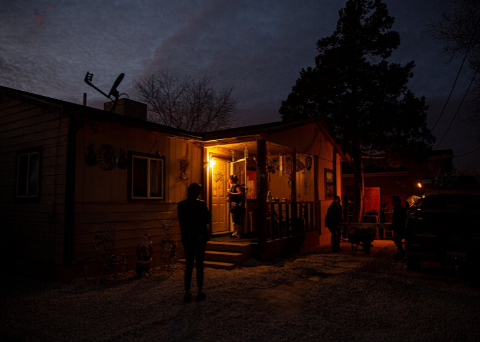 Prudence Jones had spent two years handing out “Missing” fliers and searching homeless camps and underpasses for her 28-year-old daughter when she got the call she had been praying for: Dani had been found. She was in a New Mexico jail, but she was alive.

It seemed like a happy ending to the story of one of thousands of Native American women and girls who are reported missing every year in what Indigenous activists call a long-ignored crisis. Strangers following Dani’s case on social media cheered the news this past July: “Wonderful!” “Thank you God!” “Finally, some good news.”

But as Ms. Jones visited Dani in jail, saw the fresh scars on her body and tried to comprehend the physical and spiritual toll of two years on the streets, her family, which is Navajo, started to grapple with a painful and lonely epilogue to its missing-persons saga.

Ending Harsh Discipline Against Girls of Color
Scroll to top