Huffington Post: This Video Shows The Bias Black Girls Face In The Classroom

You are here: Home / Resources / Media and Video / Huffington Post: This Video Sh...

This Video Shows The Bias Black Girls Face In The Classroom 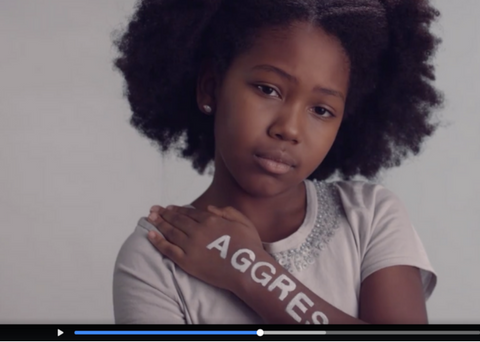 A video from the National Women’s Law Center is highlighting the stereotypes black girls face in the classroom and how schools are punishing them.

According to the National Women’s Law Center and its calculations based on the Department of Education’s Civil Rights Data Collection, black girls are suspended five times more than white girls, but don’t commit more severe offenses. That’s why on Jan. 5, the organization shared a video starring black girls portraying students who have been mistreated in schools, such as the South Carolina high school student thrown to the ground by a police officer.

Throughout the video, these girls have words on their arms like “loud,” “angry” and “unladylike.” But at the end, they wipe them off to show they’re not aggressive despite what school officials might think.

Adaku Onyeka-Crawford, counsel for education for the National Women’s Law Center, helped make the video for the organization’s Let Her Learn initiative. She told The Huffington Post that the center hopes to raise awareness about the bias, harmful stereotypes and harsher punishments black girls face at school.

The NYC Fund for Girls and Young Women of Color Awards $2.1M to 28 Organiza...

Let Her Learn: Join the Fight to Stop School Pushout
Scroll to top