There Are More Girls Living in Poverty Today Than in 2007

You are here: Home / Resources / News / There Are More Girls Living in...

There Are More Girls Living in Poverty Today Than in 2007 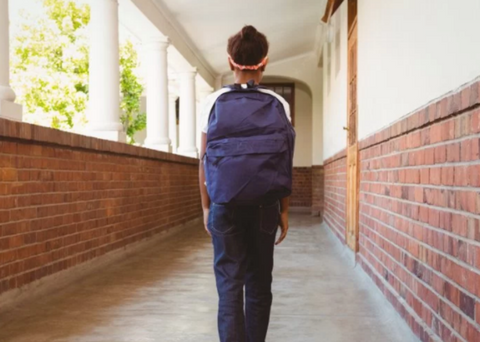 There are more girls in the U.S. living in poverty and low-income households now than were ten years ago, according to a new report released exclusively to Motto by the Girl Scout Research Institute. The report, titled the State of Girls, examines key changes in the economic, educational, physiological and psychological well-being of American girls since the Great Recession.

Today, 41% of girls live in low-income households, up from 38% in 2007. The percentage of girls living in households of poverty increased from 17% in 2007 to 20% in 2014. (A child is considered low income if her family income is less than twice the poverty threshold.) Girls of color are disproportionately affected: In 2014, black girls were the most likely to live in poverty (35%), closely followed by Latina and American Indian girls (31% each). Multiracial girls were 20% likely, Asian-American girls were 14% and white girls were least likely to live in poverty, with only 12%. These numbers are particularly concerning, because girls living in low-income households are more likely to face additional challenges across all areas of well-being.

“These are things we have known about for a while, but we don’t talk about them,” said Kamla Modi, Senior Researcher for Thought Leadership at the institute. “This report really helps us talk about them.”

The institute has been developing reports like this one for the past five years in order to adjust Girls Scouts programming to suit the needs of American girls, Modi said. The State of Girls report utilizes data compiled by government resources such as the United States Census Bureau, the Centers for Disease Control and Prevention and the National Center for Education Statistics.

“What we do is take the data on girls [only], pull it together, summarize it and talk about it, because otherwise this data is looked at for youth in general,” Modi said. “We know boys and girls are so different on a variety of indicators.” By breaking down the statistics even further to isolate girls of specific races, ethnicities, and sexual identities and orientations, researchers are able to get a much clearer picture.

Read the full article in Motto.