Fighting the Degrading and Dangerous Treatment of Menstruating Migrant Girls

You are here: Home / Resources / News / Fighting the Degrading and Dan...

Fighting the Degrading and Dangerous Treatment of Menstruating Migrant Girls 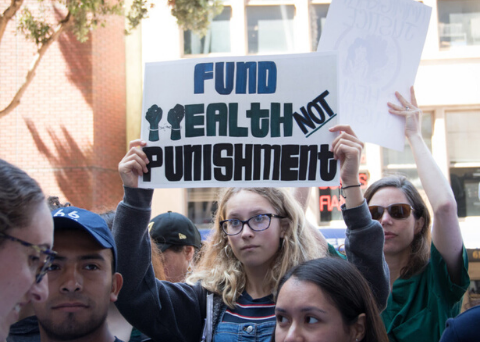 It was only a matter of time before President Donald Trump made headlines again over periods.

Just four years ago, in August 2015, he accused then–Fox News correspondent Megyn Kelly after the first presidential debate of having “blood coming out of her wherever.” The charge landed the once-taboo topic of menstruation smack in the middle of election coverage—and on the front page of nearly every major national and small-town newspaper in between. It even generated its own viral hashtag, #PeriodsAreNotAnInsult.

Now, 19 states filed a lawsuit in California this week against the Trump administration for the indefinite detention of and conditions endured by migrant children and their families. Among the charges of hygiene deprivation for children detained at the border—including the alleged lack of basics like toothpaste and bars of soap—is insufficient access to menstrual products and care. Testimony in the lawsuit included that: “Girl(s) at the facility…were each given one sanitary pad per day. Although the guards knew they had their periods, they were not offered showers or a change of clothes, even when the other girl visibly bled through her pants.”

Alliance for Girls Releases Eye-Opening Report on the Lived Experience of Girls...