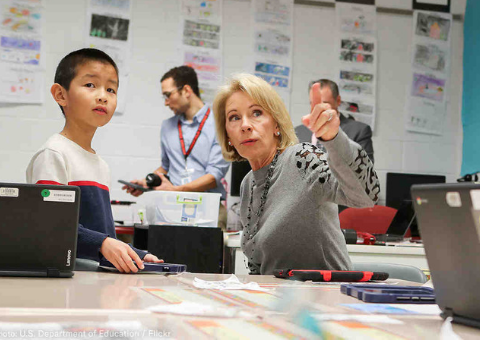 A federal commission headed by Secretary of Education Betsy DeVos released a long-awaited school safety report today that recommends, among other things, that the Department of Education abandon Obama-era policies aimed at protecting children of color from excessive discipline in school. The 177-page report says that disciplinary decisions should be left to classroom teachers and local administrators who should not have to follow guidance issued by the federal government.

Research shows that when students are suspended, expelled or arrested, they are more likely to drop out of school and suffer negative consequences. Critics of discriminatory discipline, including the ACLU, have called it the “school to prison pipeline.”

The girl who died in Border Patrol custody was healthy before she arrived, father...