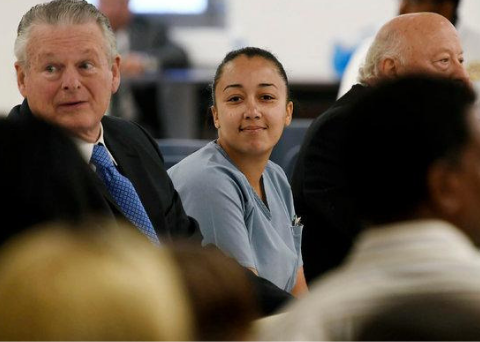 Cyntoia Brown said she was forced into prostitution when she was 16 and was scared for her life when she shot Johnny Allen, a 43-year-old who picked her up for sex in 2004 at a Tennessee Sonic.

She was tried as an adult and given a life sentence for first-degree murder and aggravated robbery, which was commuted Monday by Tennessee Gov. Bill Haslam, who said in a statement that her rehabilitation and young age warranted mercy.

What Haslam didn’t mention was the violence Brown said she experienced leading up to that point. And that didn’t go unnoticed by the advocates who helped catapult Brown’s case to the national stage.

“It is a travesty that he does not address the crimes that happened to her,” says Tonya Lovelace, CEO of Women of Color Network, Inc., an initiative that works to end violence against women, addressing the unique challenges facing women of color. “The point is that the actual crime here is the demand for girls, the child trafficking and the statutory rape that she endured.”

Lovelace and other advocates also noted that Brown’s commutation came amid another national flashpoint on violence against women of color. The docu-series “Surviving R. Kelly,” which premiered Jan. 3 on Lifetime, made headlines this week alleging that Kelly physically and sexually abused scores of girls and women while the music industry turned a blind eye. Kelly denies the allegations.

After the ‘Surviving R. Kelly’ Documentary, #MeToo Has Finally Returned...

‘Surviving R. Kelly’ Spurs Change, But Years Of Activism By Women Of Color...
Scroll to top