You are here: Home / Resources / Insights / Cyntoia Brown and how the U.S.... 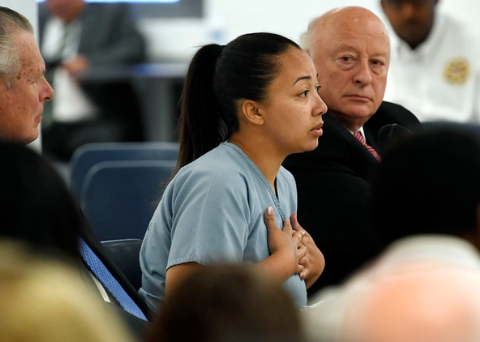 One of the things I love about being a professor is the chance to start over. Although I gripe about the end of summer, each new group of students offers fresh insights and challenges.

As I head back to campus this fall, I will be thinking of Cyntoia Brown.

Cyntoia Brown was 16 years old when she was charged as an adult and convicted of premeditated first-degree murder, felony murder and “especially aggravated robbery.” Johnny Allen, a 43-year-old man, had solicited Brown for sex and taken her to his home. Ms. Brown claimed that she had shot Mr. Allen in self-defense. In 2006, she was sentenced to concurrent life sentences without the possibility of parole until she had served a minimum of 51 years.

As with other abused girls, Ms. Brown’s efforts to survive her conditions brought her into the “abuse to prison” pipeline that disproportionately affects girls of color. The abuse suffered by these girls leads to encounters with the criminal justice system, and this system treats them as perpetrators rather than as victims and survivors of abuse. Thus, rather than being sheltered, protected and provided with resources, girls who have been sexually and physically abused are criminalized for surviving their abuse.

For These Native American Girls, Coding Became the Language to Discuss Mental...
Scroll to top