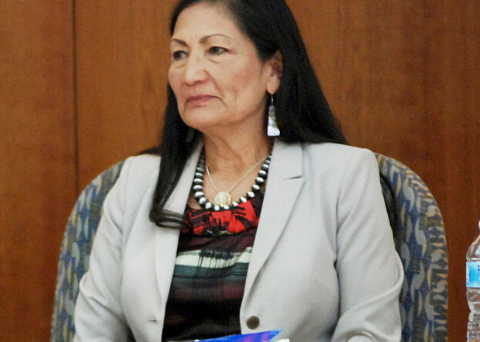 Although May 5 is nationally considered a day for celebration, in many tribal communities, it is the National Day of Awareness for Missing and Murdered Native American Women. The date commemorates the birthday of Hanna Harris, a young mother and member of the Northern Cheyenne Tribe in Montana, who was reported missing in July 2013 and found murdered a few days later.

Hanna’s story is emblematic of the struggle plaguing tribal communities and indigenous women living in cities. Native American women face extremely high rates of violence, an epidemic which is marked by the lack of data around the number of women who go missing or are murdered in and outside of reservations.

Over 5,700 American Indian and Alaska Native women and girls were reported missing as of 2016, according to the National Crime Information Center, but only 116 of those cases were logged with the Department of Justice. Eighty-four percent of Native women experience violence in their lifetime, according to the National Institute of Justice. A 2008 study found that women in some tribal communities are 10 times more likely to be murdered than the national average.