You are here: Home / Resources / Insights / We Can Only Be Stronger Togeth... 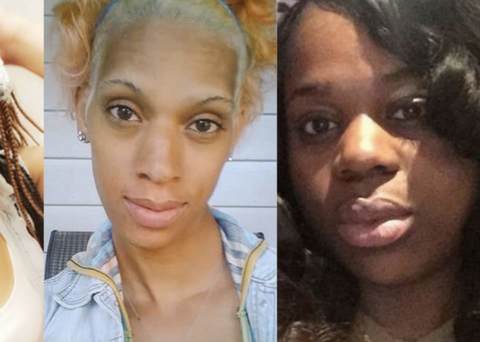 The DNC touched on almost every pressing issue in America, but not the public displays of inhumanity toward black women and girls.

Last month’s Democratic National Convention (DNC) was a much-needed political morale boost, compared to the Republican kabuki theater held a week prior. From the purposeful inclusion of persons with disabilities to the moving renditions of our national anthem, I almost let myself freely embrace that I was standing in the middle of history. A week later, however, after returning from a convention masterfully orchestrated by black women where chants of “Black Lives Matter” at one point filled the Wells Fargo stadium, I am once again sitting in an all too familiar state of paralysis.

Skye Mockabee, 26, became the 17th trans person murdered, found dead, facedown, in a Cleveland parking lot. Her death came less than a week after the murder of another black trans woman, Dee Whigham.

Korryn Gaines, 23, was killed by Baltimore police who engaged in a standoff to serve her a warrant. Her 5-year-old son was shot as well.

Joyce. Skye. Korryn. Three black women who were alive when the nation witnessed the proverbial glass ceiling shatter as the first woman became the presidential nominee of a major party. Yet the all too familiar absence of mainstream media coverage has me questioning whether I am truly equipped to survive America. What life aid must I wear to ensure my life does not tragically end like my sisters’? Why does it appear that neither educational access nor occupational achievement results in me being treated similarly to my non-black female counterparts? And if the skin that I’m in is such a contributing factor to the quality of life, should accommodations be made to protect that very skin?

While the DNC touched on almost every pressing issue in America, there was literally no airtime to the public displays of inhumanity toward black women and girls that rocked the consciousness of most segments of our society –– even as viral footage revealed a black teenage girl thrown her from her desk for the “crime” of using her phone and a young black girl’s day at the pool end with her body violently being dragged into the grass with a knee to her back. And the haunting video of the tasing death of Natasha McKenna makes me cry just thinking about it; how, in isolation, her naked body was swarmed, jumped on, and finally taken away. Time and time again, we are reminded that the evidence of our abuse is still not enough to warrant meaningful public discussion about our realities. Even at a time where our votes are in high demand.

Read the full piece in Cosmopolitan.