You are here: Home / Resources / As African-American Girls Face... 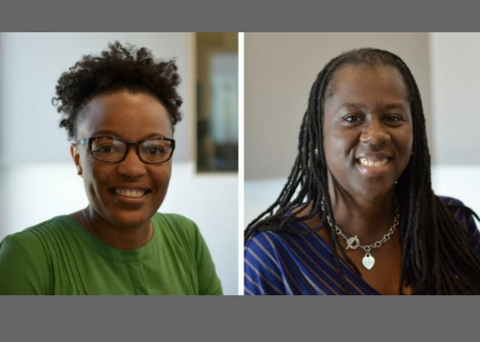 (St. Louis Public Radio) – There’s a growing body of research that shows African-American girls are punished in school at rates much higher than girls of any other race.

A recent report from the National Women’s Law Center shows that African-American girls are 5.5 times more likely than white girls to be suspended from school. In addition to such punitive actions, African-American girls also face other structural barriers to achievement in schools, such as being considered aggressive or not finding role models to emulate in the school system.

On Monday’s St. Louis on the Air, contributor Geri Mitchell spoke with two local educators who recently participated in a conference at UMSL to address the issues African-American girls face in schools. It was called “The Crooked Room Conference.”

The “Crooked Room” is a reference to Melissa Harris-Perry’s theory that women of color are often so defined by stereotypes and that it makes it difficult to succeed outside of them. More on that theory here.

Dr. Sheandra Brown is an instructional coach in the Hazelwood School District and wrote her dissertation on teaching high-achieving black children. She said that although African-American girls are often considered pushy or confrontational, those traits could also be considered early signs of leadership abilities.

Kristy Jackson is the district coordinator of gifted education in the Webster Groves School District and created a program called Girls Lead and Make Moves, an entrepreneurship program designed to close the gender and education opportunity gap for young women of color.

Jackson said that the experience of African-American girls in education is difficult because almost every culture has a “cultural map” to follow, but women of color are often punished for following their map.

“We can be described as loud or you could call it verbose,” Jackson said. “Turn that thing around, we are who we are. It is about reframing the perspective and understanding that power.”

She also said that unfair punishment of African-American girls in schools has occurred for a long time.

“The settings are changing and the awareness is different,” Jackson said. “We have social media and technology where we are able to document and respond to these issues. It goes back to ‘who gets to tell that story? Who gets to write the rules?’ When we’re told to lean in and be bossy girls, it is okay, because someone can show that narrative as an example. We are in those positions where our power is given or taken and we’re not able to respond in the way we could historically with community support.”

Read the full story on the St. Louis American and on St. Louis Public Radio.