An Activist, a Little Girl and the Heartbreaking Origin of ‘Me Too’

You are here: Home / Resources / Insights / An Activist, a Little Girl and...

An activist, a little girl and the heartbreaking origin of ‘Me too’ 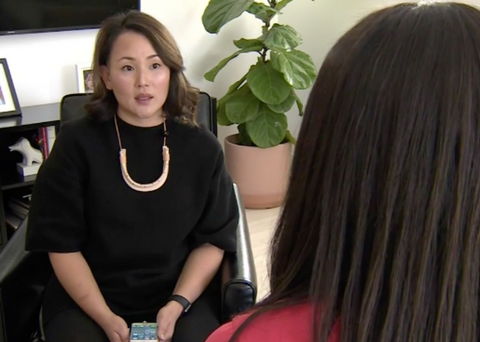 Ever since the allegations against movie mogul Harvey Weinstein surfaced, those two simple words have become a rallying cry.

Women — and some men — have used them to share personal stories of sexual harassment and assault.

The hashtag caught fire over the weekend when actress Alyssa Milano tweeted a call-out to victims “so we might give people a sense of the magnitude of the problem.”

But the online movement didn’t start with Milano on Sunday. It started more than 10 years ago with activist Tarana Burke.

“It’s not about a viral campaign for me,” she told CNN on Tuesday. “It’s about a movement.”

And that movement began — as she put it — in the “deepest, darkest place in my soul.”

Burke is the program director for Brooklyn-based Girls for Gender Equity. Its goal is to empower young women of color.

But the seeds for the movement were planted earlier than that — in 1996, when Burke was a youth camp director.

After an all-girl bonding session, a young girl asked to speak to Burke privately.

This is how she describes the encounter on the Just Be site:

“For the next several minutes this child … struggled to tell me about her ‘stepdaddy’ or rather her mother’s boyfriend who was doing all sorts of monstrous things to her developing body. … I was horrified by her words, the emotions welling inside of me ran the gamut, and I listened until I literally could not take it anymore … which turned out to be less than five minutes. Then, right in the middle of her sharing her pain with me, I cut her off and immediately directed her to another female counselor who could ‘help her better.’ ”

Burke said she never forgot the look on the girl’s face.

“The shock of being rejected, the pain of opening a wound only to have it abruptly forced closed again — it was all on her face,” she wrote.

“I couldn’t help her release her shame, or impress upon her that nothing that happened to her was her fault. I could not find the strength to say out loud the words that were ringing in my head over and over again as she tried to tell me what she had endured. …

“I watched her walk away from me as she tried to recapture her secrets and tuck them back into their hiding place. I watched her put her mask back on and go back into the world like she was all alone and I couldn’t even bring myself to whisper … me too.”

That was the genesis of the movement — to help young women of color who had survived sexual abuse, assault and exploitation.

“On one side, it’s a bold declarative statement that ‘I’m not ashamed’ and ‘I’m not alone.’ On the other side, it’s a statement from survivor to survivor that says ‘I see you, I hear you, I understand you and I’m here for you or I get it,’” she told CNN.

The movement has taken a life of its own, Burke said.

“It started with young people and I quickly realized adults needed it too,” she said.

“When you experience trauma and meet other people that have a similar experience, and you show empathy for each other, it creates a bond. ”

Late Monday, actress Milano credited Burke with creating ‘Me too’ and tweeted a link to her organization.

How the School-to-Prison Pipeline Works

A Black Woman Created the “Me Too” Campaign Against Sexual Assault 10 Years...
Scroll to top