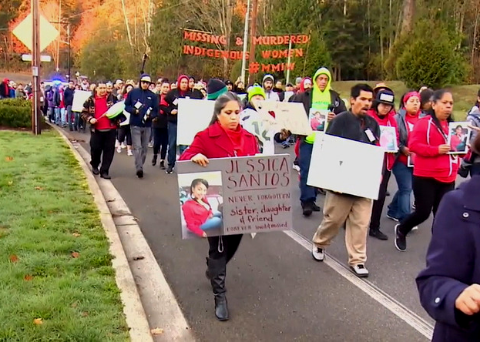 The Seattle City Council on Wednesday heard testimony on missing and murdered indigenous women and girls.

The hearing came on the heels of months of controversy across the U.S. and Canada about failed data collection when it comes to these missing persons cases and murder investigations. On Tuesday, the Washington State Patrol released a 36-page report outlining its findings into missing girls and women.

The State Patrol found 56 women from Washington are missing, 12 from King County. Studies from across the U.S. and Canada put that figure into the thousands.

Seattle City Councilmember Debora Juarez called for the committee hearing to better understand data collection and to find out what political leaders and police can do to help.