24 Native Americans, most of them women, went missing last year. Two senators doing something about it.

24 Native Americans, most of them women, went missing last year. Two senators doing something about it. 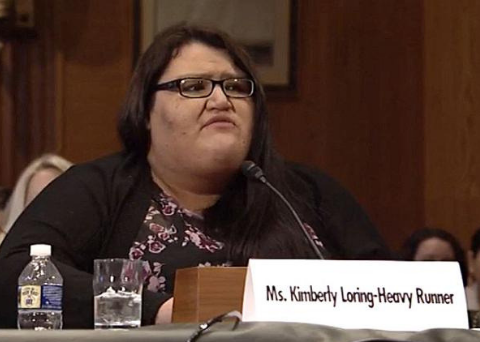 Across the Western US, Native American women are falling victim to violence in alarming numbers, officials say.

In 2018 alone, more than two dozen Native Americans — the majority of them women — went missing in sparsely populated Montana, according to US Senator Jon Tester.

“We’re here today because we have an epidemic on our hands,” Tester said during a Senate Indian Affairs Committee hearing last month. “Native Americans in Montana and across this country are dealing with violence at a much higher rate than the rest of the population … you cannot set foot in Indian country without hearing a heartbreaking story about this growing problem.

“Twenty-four doesn’t sound like a lot, but in a state of a million people if you (projected) that out through the (overall) population, that would be a ton of folks,” he added. “We gotta find a solution to this.”

Tester and another Senator from Montana, Steve Daines, say they will reintroduce a bill that would require the Department of Justice to overhaul law enforcement protocols and improve data collection regarding slain or missing Native Americans.

If You Care About Cyntoia Brown, You Should Know Chrystul Kizer’s Nam...

After the ‘Surviving R. Kelly’ Documentary, #MeToo Has Finally Returned...
Scroll to top