14 and Alone: The Girls Risking Everything to Get to America

14 and alone: The girls risking everything to get to America 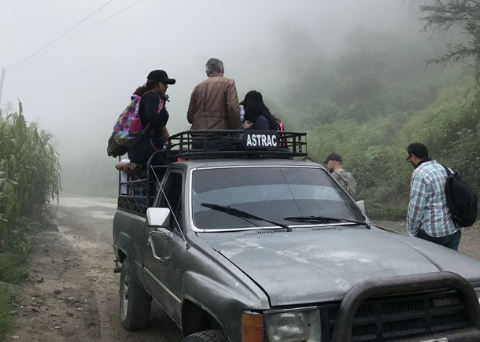 Singing happily into the wind, 14-year-old Karla Vazquez looks like a carefree teenager embarking on a day trip. It is an exciting moment after all – it’s the first time the youngster has ever left home and the first time she has traveled alone.

But the reality is chilling – she may not know it, but Karla is embarking on a path that for many young women ends in rape, abuse and forced prostitution. She is no longer free – she is now “human cargo” under the control of a people smuggler who is guiding her group on a truck from Guatemala to Mexico, with the US border their ultimate destination.

But she does not appear to be perturbed as she braves the perilous mountain paths in the naive hope of securing a better future for her family.

A New Study on Missing and Murdered Indigenous Women and Girls Highlights C...

An Exploratory Essay Confronting the Issues Involving Children with Incarceration...
Scroll to top