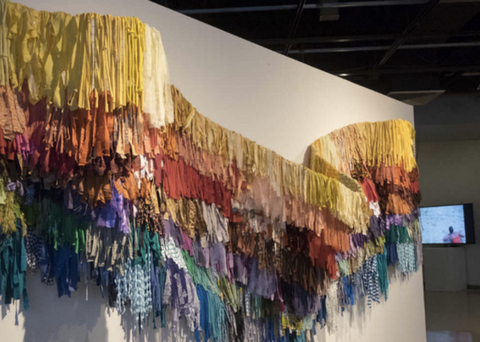 The African American Museum in Philadelphia is giving us another chance to see the i found god in myself: the 40th anniversary of Ntozake Shange for colored girls exhibit. But this is your last chance to go see it. And you should definitely go.

The show celebrates the 40th anniversary of Ntozake Shange’s award-winning  for colored girls who have considered suicide / when the rainbow is enuf, the landmark poem and play featuring women of color, represented by various hues, reciting monologues that touch on race, gender, sexuality, and love.

i found god in myself was created by Harlem journalist and curator Souleo, who first put on the show in 2014 with only 20 works. In collaboration with the African American Museum, the show expanded to more than 40 pieces in which the artists take on their own interpretations or translations of Shange’s pieces.

Read the full piece on Philly.com.

The Story of the 16-Year-Old Who Died in Custody After Being Arrested for Arguing...

My New Year’s Resolution: Stop the Abuse to Prison Pipeline for Trafficking...
Scroll to top