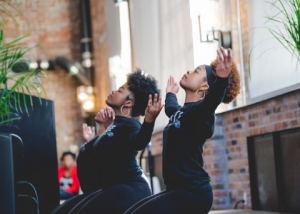 Grantmakers for Girls of Color is committed to building a world in which all girls and gender-expansive youth of color are healthy, safe and thriving and fully empowered to dream and shape their desired reality on their terms, while dismantling structural barriers created by racism, sexism and ageism, and other forms of oppression that prevent their full participation in our country’s future. The large and growing Grantmakers for Girls of Color community is united by a shared set of values including the following:

Manager, Technical Support, Special Projects, and Office of the President

Dominique Fulling is the Manager, Technical Support, Special Projects, and Office of the President at Grantmakers for Girls of Color. She brings over 21 years of administrative experience to the position with expertise in administrative operations and information technology in legal, healthcare, and business sectors.

Prior to joining Grantmakers for Girls of Color, Dominique worked in Healthcare Technology, Healthcare Insurance, Risk Management, and Healthcare Administration. There, she was responsible for working with and training physicians, clinicians, students and other staff members on all departmental EHR system practices, procedures and implementation. She also was responsible for the hospital suspension implementation to ensure accurately transcribed documentation completion and submission for operational distribution. She managed all processes for the release of health information (ROI) across computerized systems, and the secure exchange of health information between consumers, providers, legal systems, coders, payers and quality monitors.

Dominique is in her final year studying Social Work at Brandman University and is committed to ultimately sharing her passion for making a positive and lasting impact on the safety and overall well-being of traumatized individuals. With a special interest in mental health and human sex trafficking, she intends to use her passion to aid in the recovery and awareness of such traumatic incidents, as well as to utilize this training within her work through philanthropic advances.

Dominique is of African-American descent and was raised in the San Francisco Bay Area, on the traditional territory of the Muwekma, Ohlone, and Ramaytush people. She now resides in Los Angeles, where she raises her children on the traditional land of the Chumash, Fernandeno Tataviam, Kizh, and Tongva people.